There will be laughter as well as cocktails from our list with the Sebastiano’s creations, bar manager of DAZI MILANO, and the suggestions of our menu.

Mary Sarnataro
Cynical, unsettling and disenchanted comic. On TV screen, casts Le Iene tv show, she creates the formats: a bitchy and sassy front row guest of a fashion show, Face to face with your hater and Tinder Surprise. Cast of Italia’s Got Talent, Colorado, SNL and in the movie Assholes: A theory, a John produced documentary .

Daniela Carta
Milanese by birth but multiregional by origin. As a young girl they define her as “solid” and this marks her to the point of becoming an architect, without ever encountering liquidity. Thus she is divided between the sunny attitude to life and intolerance to the behavior of mankind: an acrobatic bipolarism that leads her towards comedy.

Sandro Cappai
Stars Amazon Prime’s Special for Zelig TV and the podcast I Pugedos with Valeria Pusceddu. Born in Cagliari in 1993, he’s co-founder of the Stand Up Comedy Sardegna project and Artistic Director of the Cagliari Comedy Festival. He graduated with a degree in political science to make sure he won’t find a real job and continue to be a comedian. Everything is going according to plan. He exorcizes anxieties and hypochondria by taking the stage, disassembling and reassembling reality in a completely personal way through anecdotes and stories.

We are waiting for you at DAZI MILANO, Piazza Sempione 1, Milan. 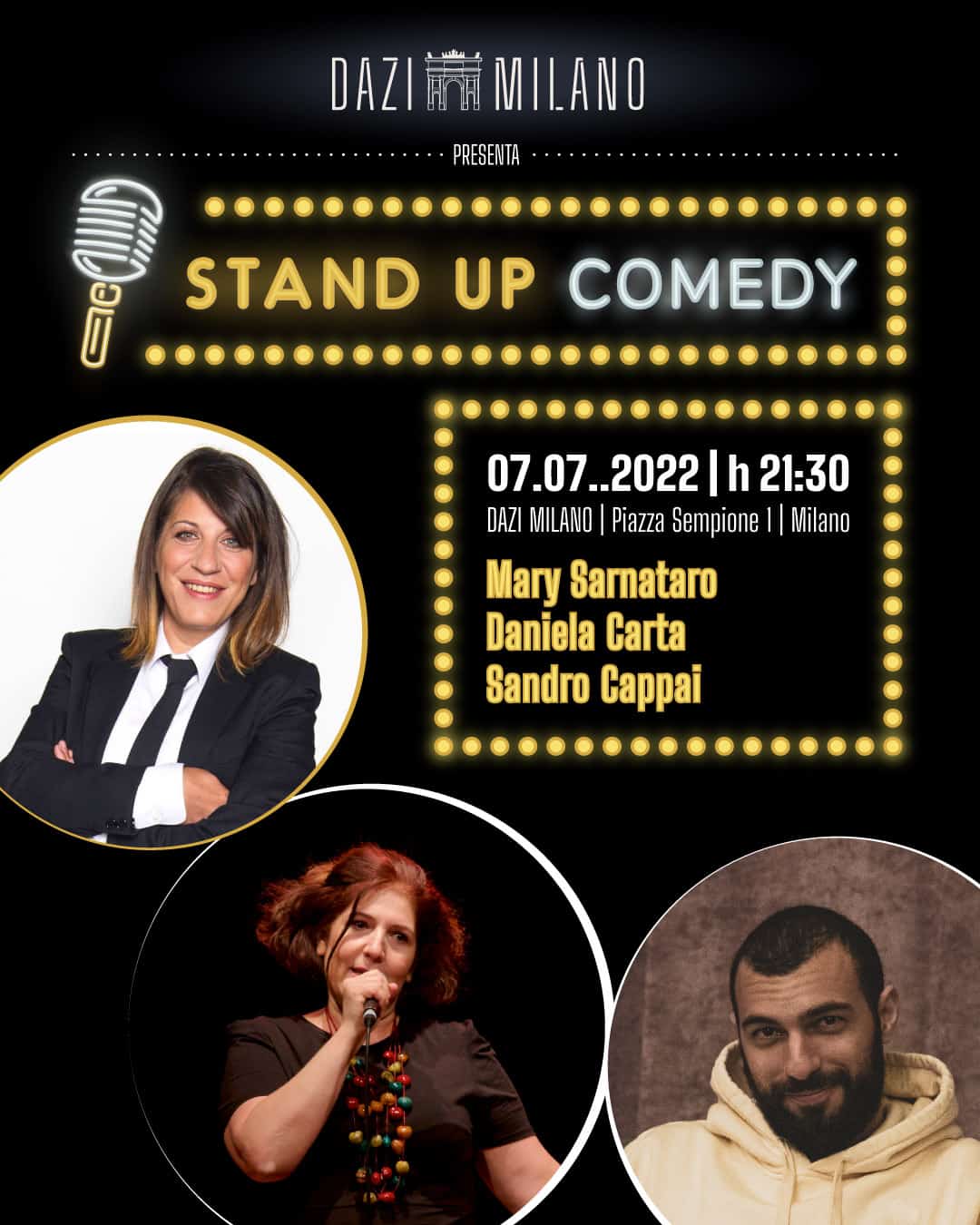